Luna Park was an amusement park in Charleston that was open to the public from 1912 until 1923. Located on the western side of Charleston on the north bank of the Kanawha River, the park was a popular destination that featured a roller coaster, a dance pavilion, a public swimming pool, a roller rink, and live entertainment. Admission to the park cost 15 cents per person, a ride on the Royal Giant Dips roller coaster cost one dime per trip. It was a trolley park served by the Charleston Interurban Railroad Company.

The primary attraction at Luna Park was the 45-foot-by-100-foot community swimming pool, which held an estimated 200,000 gallons of water. Unlike most pools of that size, the Luna Park pool was not made of concrete but of “lumber and tin sheet,” according to a report by the state Department of Health. A local newspaper reported in 1913 that 15,000 visited the park in the afternoon, followed by an evening crowd of about 16,000; street cars were carrying passengers to and from the park at a rate of about 1,200 an hour. Others arrived by steamboat.

In May 1923, the Royal Giant Dips caught fire and was destroyed along with most of the park. Despite attempts by ownership to raise the money to rebuild Luna Park, it was never resurrected. Eventually, single family housing was constructed on the park grounds.

The Luna Park Historic District is also distinct in its association with Charleston architect John C. Norman. After first serving in the US Army Cavalry Engineers during World War I and studying architecture and structural engineering at Carnegie Institute of Technology in Pittsburgh, Norman settled in Charleston to begin what would become a life’s work in architecture.

Early in his career, Norman designed and supervised construction of a business complex along Washington Street East, in a new area now recognized locally as The Block Historic District. The Block was the heart of the black community, and Norman’s buildings included a hotel, a cinema, a pharmacy, and offices all owned and operated by members of the African-American community.

Norman was able to expand his practice during a post-war economic boom, designing homes for white families on the East End and in South Hills. At a time when he and his family would not be permitted to live there, Norman designed a row of five houses in the 300 block of Park Avenue. These retain much of their original character today. His own family home, also designed by Norman himself, was built at 1118 2nd Avenue. It remains with few alterations to its original design.

This amazing photo was taken circa 1914 at Charleston’s Luna Park. There appears to be a 4th of July celebration going on, with many dignitaries (Possibly the Governor) and some folks dressed up as clowns and entertainers. You can see many things in the photo: A Budweiser Beer sign, an Eskimo Pie concession, a Root Beer stand, roller rink, and the famous “Royal Giant Dips Roller Coaster” for only 10 cents a ride. Luna Park opened in 1912 and burned to the ground in 1923 and never reopened. It was built on the site of a 3 hole golf course. Featured in the bottom photo are many of the park’s clowns and performers.

Frederick Ingersoll (1876 – 1927) wa an inventor, designer, and builder who created the world’s first chain of amusement parks (known collectively as “Luna Parks” regardless of their actual name) and whose manufacturing company built 277 roller coasters, fueling the popularity of trolley parks in the first third of the Twentieth Century.

Ingersoll was born in New Jersey, one of five brothers. By 1900, he had moved to Glenfield, Pennsylvania, a community on the Ohio River near Pittsburgh.

People today often wonder why the streets in the area of Park Ave near the Boulevard are so crooked since all of the surrounding streets are so straight. Luna Park is the reason! Those streets follow the old Luna Park walking paths. The entrance to Luna Park was on Park Ave, while the Park was bounded by Park and Glenwood Ave’s, Park Street, Grant Street, and the river.

The exact layout of Luna Park while it was in operation.

A VERY rare photo of the Luna Park pool. The pool was constructed of lumber and tin sheet, holding 200,000 gallons of water and 45 feet wide by 100 feet long. The shallow end was 3 feet deep and the deep end was 8 feet. The water was supplied by the city and was chlorinated (at a time when Typhoid was rampant). It was this pool that caught fire, setting the rest of the park ablaze and ending its life. However, in 1924 and 1925, the water was so high in the Kanawha River, it covered this property with ten feet of water, so it wouldn’t have laster much longer anyway.

A Brief History of Luna Park

What we now know as the Luna Park Historic District was once sparsely populated agricultural land and the location of Glenwood Estate, a nineteenth century slave-holding plantation.

The transition from agriculture to industry for much of the West Side began with the construction of bridges over the Elk River in 1873 and again in 1883. Elk City, then an independent municipality, became the heart of commerce west of the Elk and included brick yards, saw mills, and furniture factories. Then in 1905, the Kelly Axe and Tool Company settled near present-day Patrick Street, covering 50 acres and employing nearly 1,000 people. This steady economic growth continued throughout much of the early twentieth century and Charleston’s population grew accordingly. That population needed housing and entertainment, and this set the stage for the development of Luna Park Historic District for decades to come.

Maps of the area from 1912 depict Glenwood Park, a golf course situated on rolling marshy ground. But construction began that same year on the project for which the district is named.

Charleston’s Luna Park was one of a chain of 44 parks created by inventor-designer-builder Frederick Ingersoll. The park was built amid streams, bridges, and gullies along the meandering walking paths. It offered a complete amusement package, consisting of a series of booths, a dance pavillion, a restaurant and confectionary, a merry-go-round, a shooting gallery, a roller rink, a concrete swimming pool, along with a wooden rollercoaster and a Ferris wheel.

Luna Park in Charleston operated until 1923, when a workers’ blow torch ignited a fire in the pool house. The fire quickly spread, and Luna Park was a total loss. Evidence of Luna Park is present in the district even today. Park Drive and Park Avenue are aptly named, and the curve of Lovell Drive and Grant Street echos the Luna Park boundary.

It was after the fire in 1923 that the Luna Park Land Company cleared the site and began developing plans for a 95-lot residential subdivision. The lots created were long and narrow, leaving little room for side yards. In most cases, buyers agreed to build homes valued at $3,500 or more and to situate those homes no closer than 15 ft to the curb. 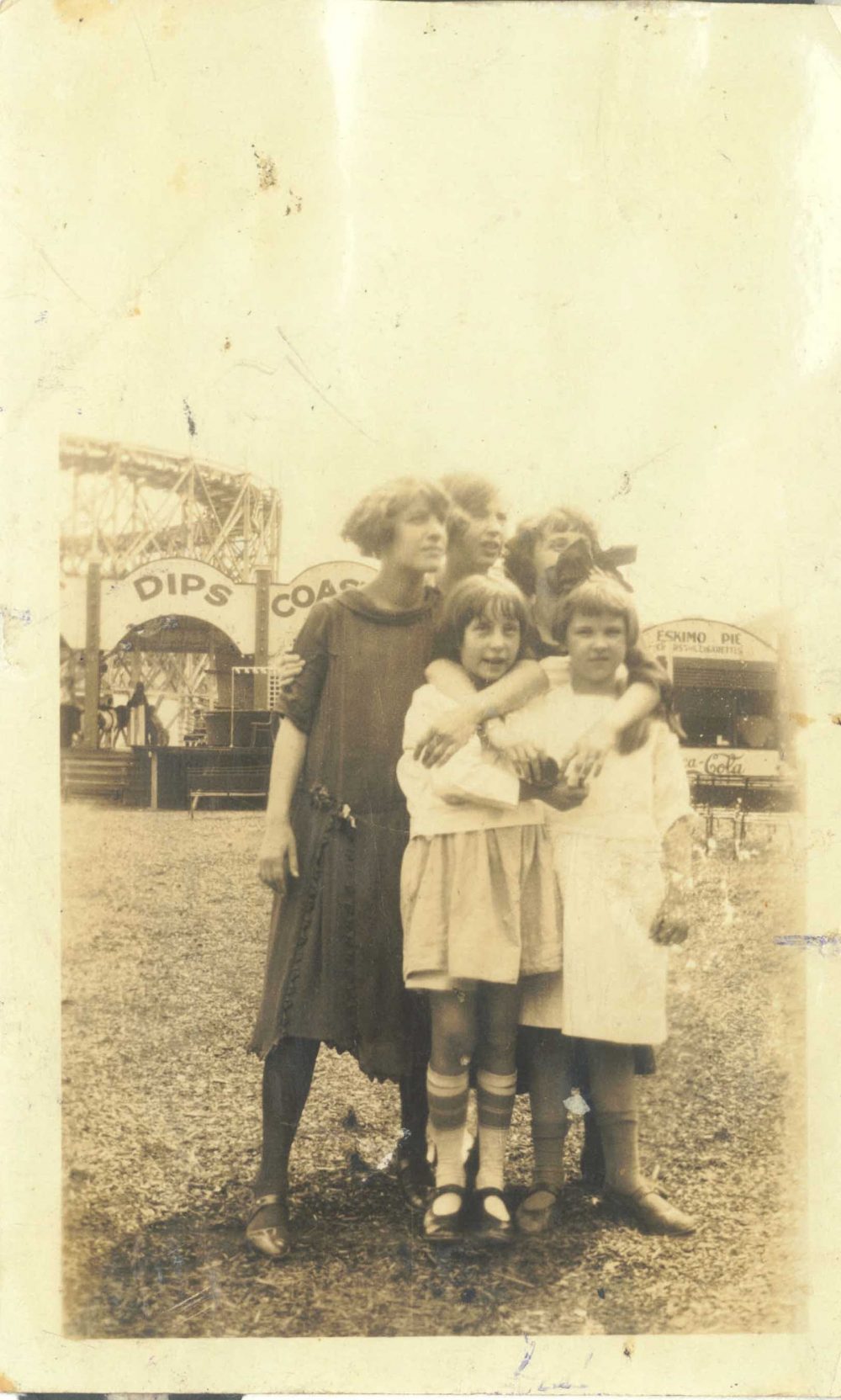 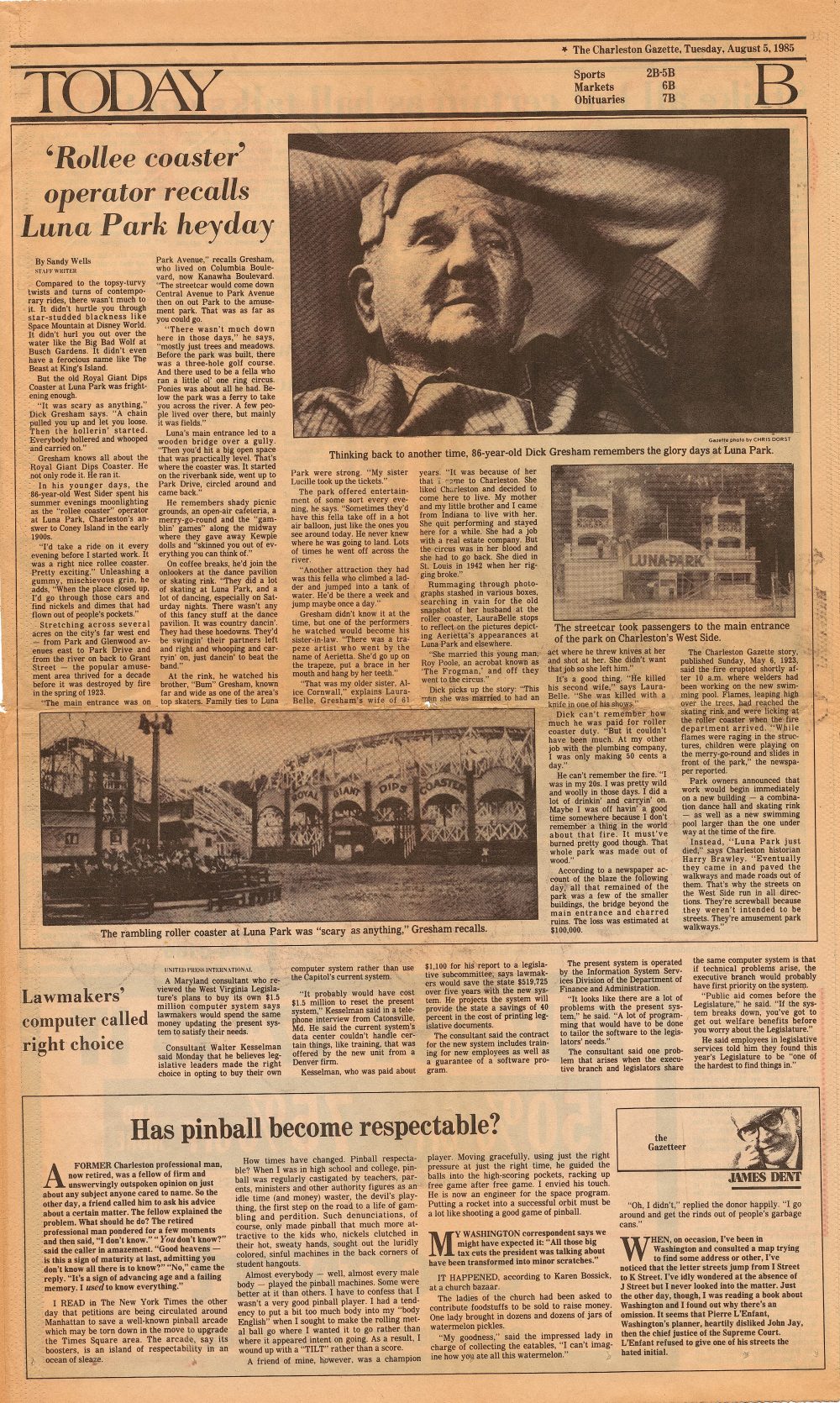 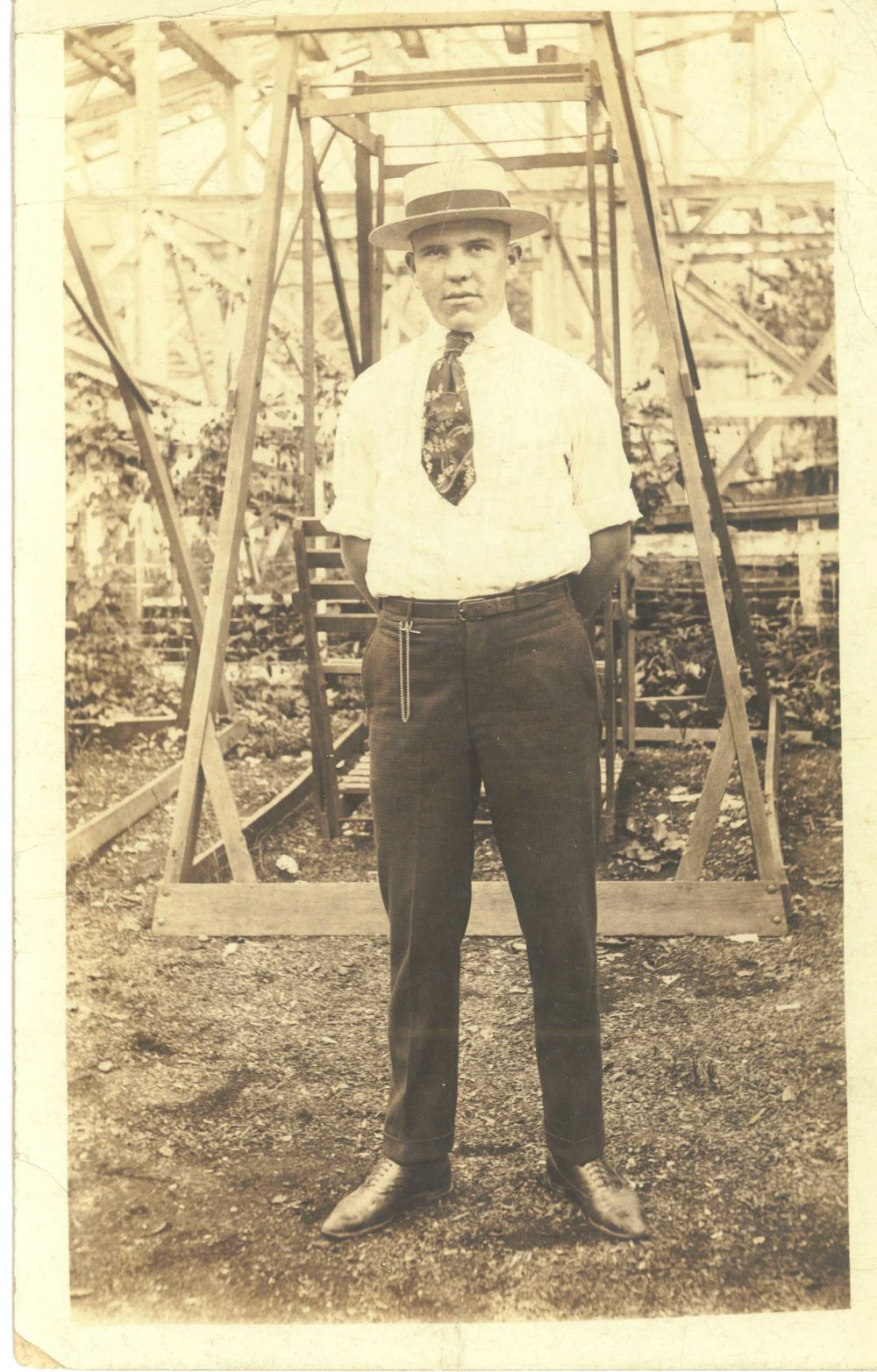 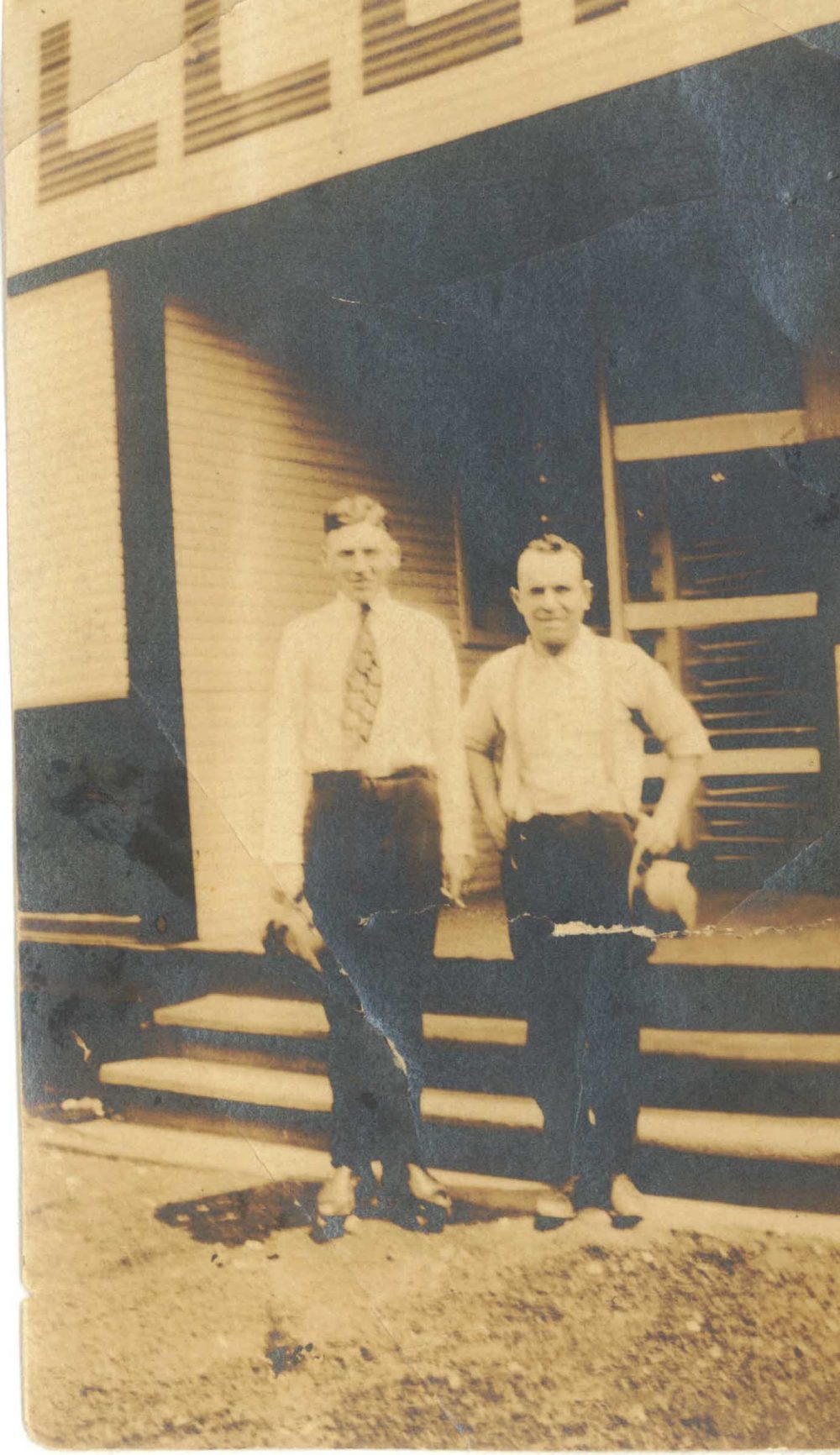 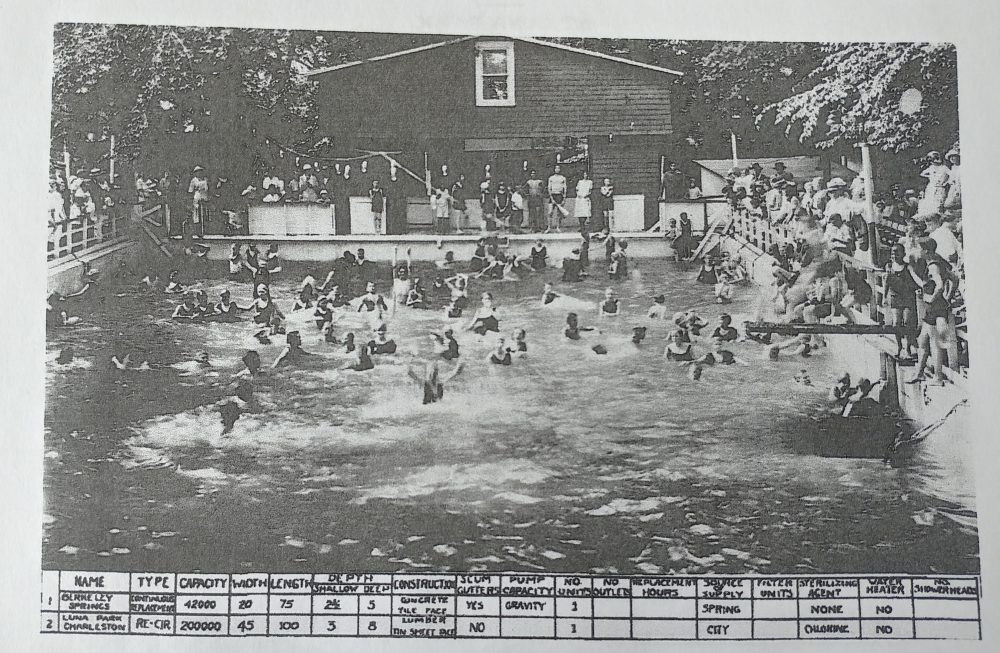 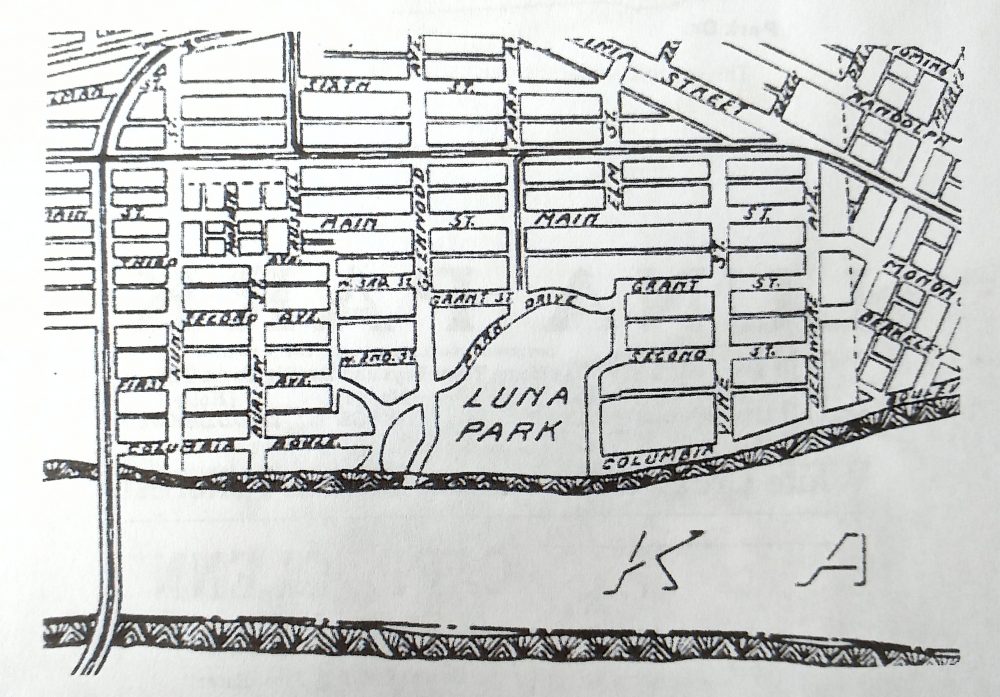 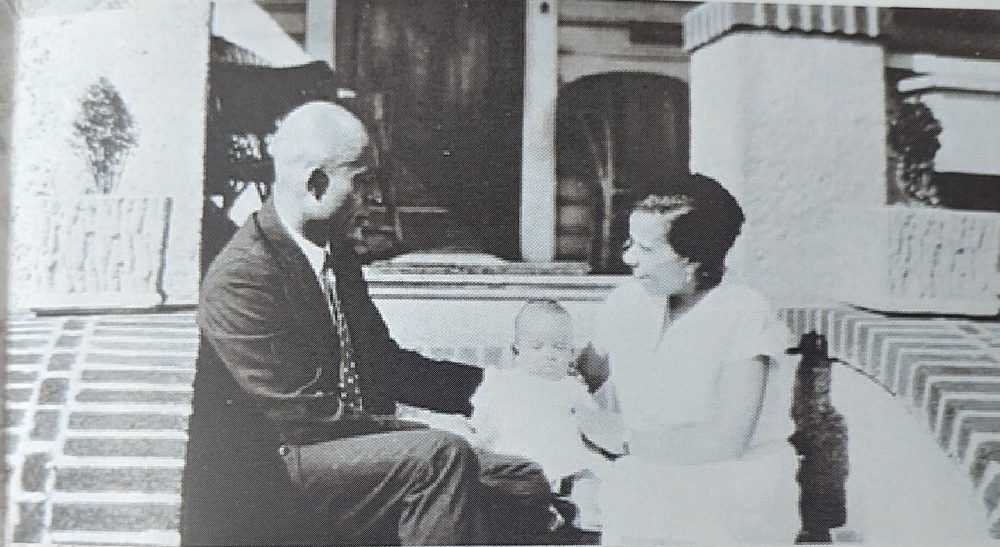 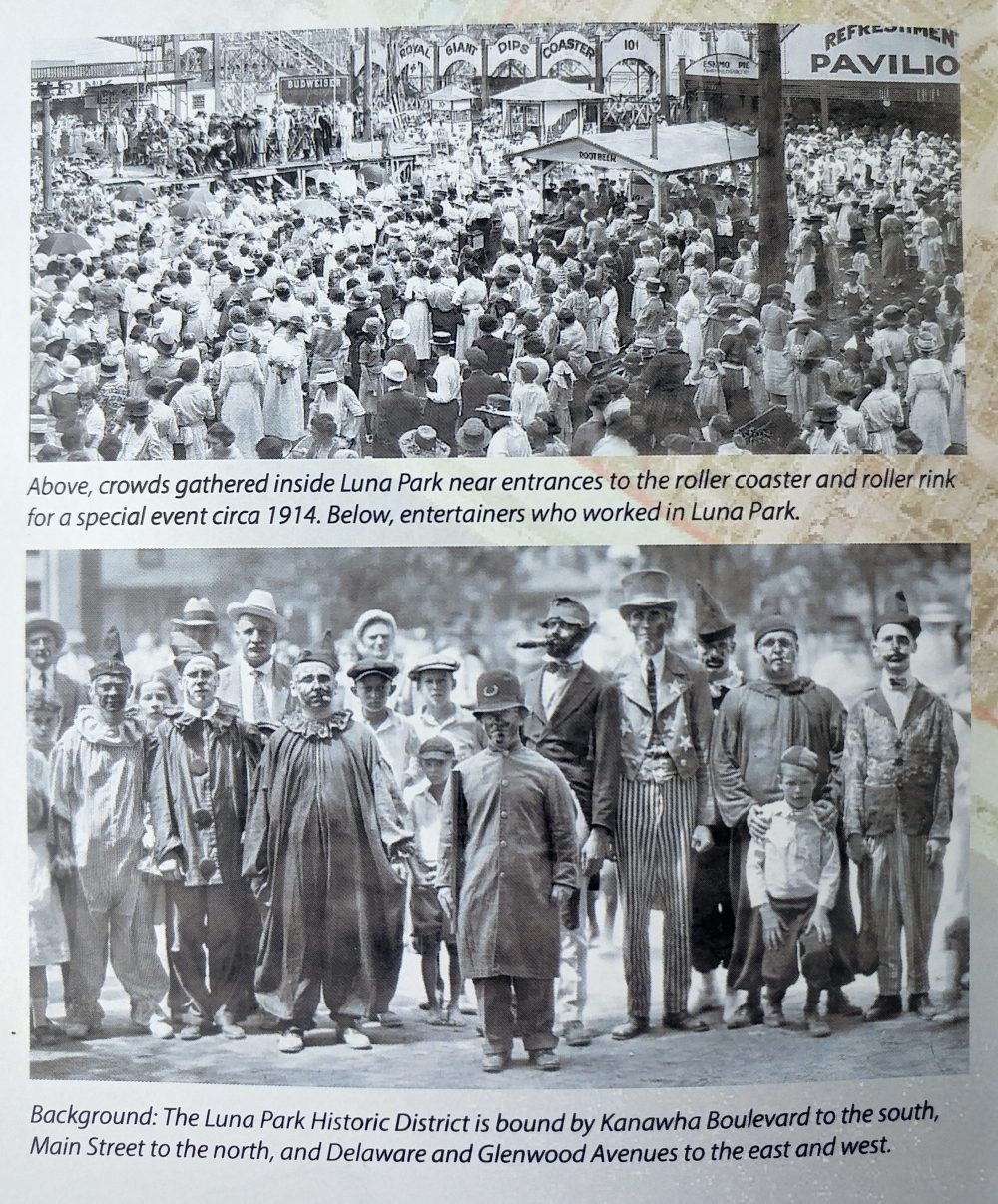 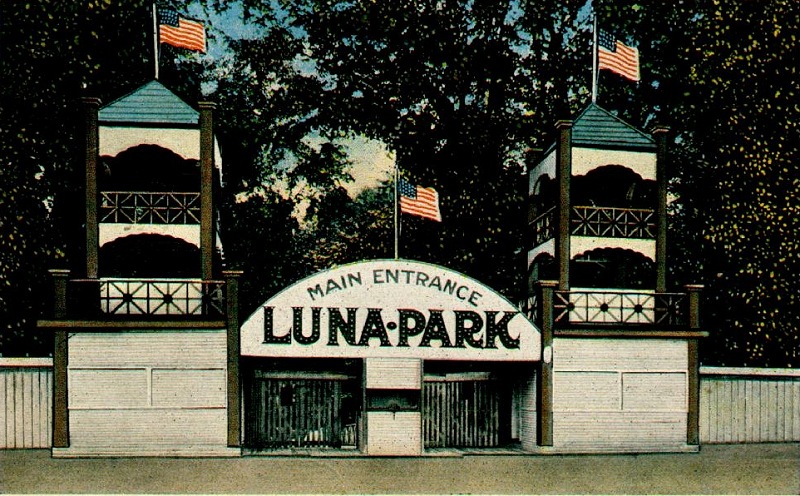